About Lambic and Geuze beers

If there’s a single must on a Pajottenland and Zenne River Valley trip, it’s got to be to taste an Oude Geuze beer. And if you’re there on a warm day, you’ll want to pair that with a fresh cheese sandwich with thinly sliced radish and chopped spring onions. 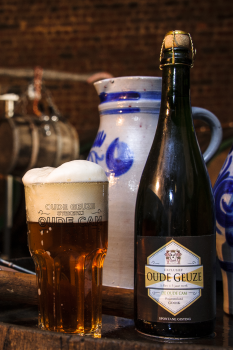 The lambic tradition’s unique brewing method goes back a long way, with some claiming that it even dates back to the 13th century. The secret? It all comes down to the Zenne River Valley’s air, teeming with wild yeasts. The wort – containing at least 30% wheat and no more than 70% barley malt – is exposed to the air on a cold winter’s night, allowing the wild yeasts to ‘inoculate’ the wort and set a spontaneous fermentation process into motion. That’s what infuses lambic with its distinctive taste. After a year of fermentation in wooden barrels, the young lambic is ready for drinking. To qualify as oud (old), though, it will require at least a second round of fermentation, i.e. another year.
So, how do you transform a good lambic into a great geuze? And what’s the difference between the two? To start, geuze is refermented in the bottle, giving it more carbon dioxide than lambic and, consequently – bubbles. The real secret, however, is that geuze is blended, not brewed. Just before bottling, ‘old’ and ‘young’ lambic are expertly blended. The ‘young’ lambic still contains sugars and live yeasts, producing the carbon dioxide mentioned above, while the ‘old’ lambic adds flavour. The Pajottenland and Zenne River Valley are the only places on the planet to practice this art. 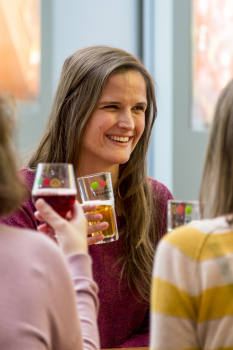 Lambic is more than just a beer. It’s a culture and tradition that has been nurtured lovingly down through the years. You can experience it with brewery visits and tastings, a biannual Toer de Geuze, and authentic pubs, walks, and cycle tours. And if you pop by the De Lambic Beer Centre in Beersel, you’ll discover everything you could ever want to know about the history of brewing and blending in Pajottenland and the Zenne River Valley. 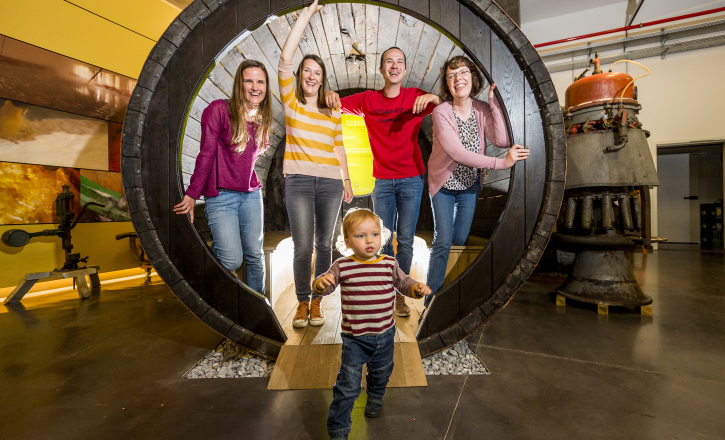