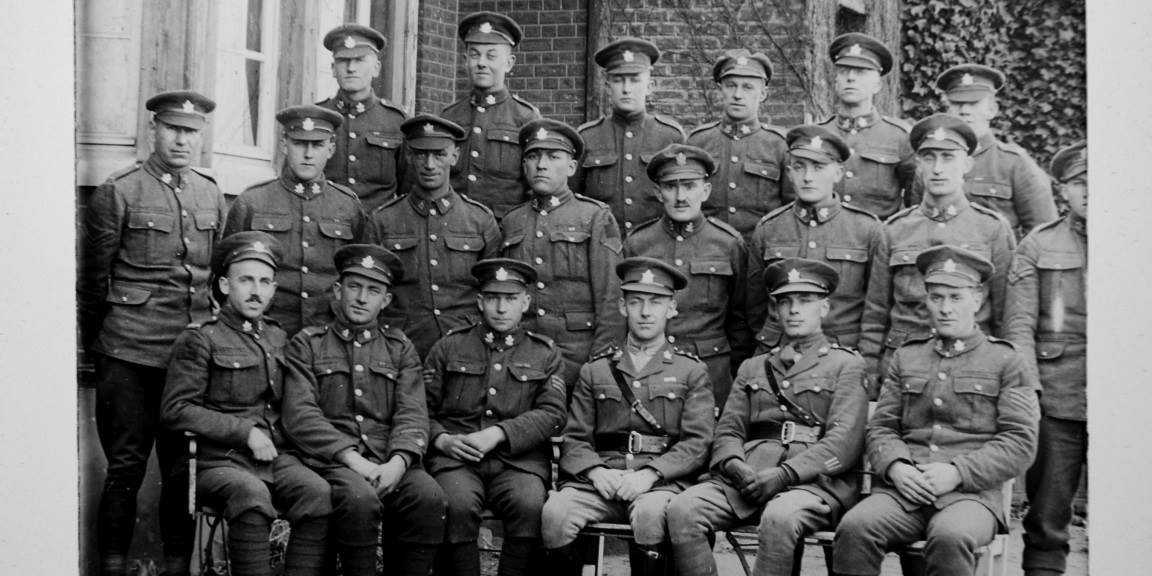 When you think about the First World War you probably think of the fighting on the Yser River. But fierce battles were also fought in Flemish Brabant. In this region, the battles on the Gete and Dyle Rivers, as well as the German reprisals in Leuven, Aarschot, and Zemst, have not been forgotten.

This war had a serious impact on almost every aspect of daily life. Families were torn apart, there were floods of refugees, food shortages, high unemployment, and growing German repression. Social control and requisitions made life bleak.

The German army invaded Belgium on 4 August 1914. This was the beginning of more than four years of war misery. The fighting was heavy in Brabant.

The German army arrived in Hageland on 10 August 1914, six days after crossing the border. The Belgian army was organising itself in the belt of forts around Antwerp so the German army had to be stalled. The Gete River formed a natural line of defence to impede the German advance. There was heavy fighting near Orsmaal-Gussenhoven, Halen, and Tienen on 10, 12, and 18 August 1914. Hundreds of people died, mainly Belgians.

But the plan was successful: the Germans were delayed by a week and the Belgian army was able to withdraw to Antwerp.

The Belgian army was pushed back to Antwerp and performed a First Sortie. There was a shooting incident on the Stationsplein (now called the Martelarenplein or Martyrs Square) in Leuven. The German soldiers became frustrated and were intent on revenge on the City of Leuven.

They murdered more than 200 civilians on 25 August 1914. They started plundering and set the city ablaze. City hall was not damaged during the fire because the Germans used it as their headquarters.

German troops crossed the Belgian border on 4 August 1914. After the invasion, Belgium experienced looting, civilian casualties, and the destruction of centuries-old heritage.

Aarschot and Leuven were hit hard, as were Herent and Zemst. Aarschot, Leuven, and Dendermonde are called ‘Martyr Cities’. For the commemoration of the 100th anniversary of the Great War, they worked closely together on the realisation of a humanitarian, educational, and cultural project with international flair.

In addition to this common project, the different cities organised their own activities and arrangements to suitably commemorate the events in their city.

As part of the commemoration of ‘100 Years Great War’, the province of Flemish Brabant wants to contribute by making the war legacy and the associated heritage (immovable, movable, and immaterial) accessible to a wide audience. To realise this, the province develops, guides, and supports regional initiatives that contribute to the research, maintenance, and opening up of this heritage.

The Experience Centre is housed in the imposing Ursuline cloister in Tildonk, a historic and symbolic place. It was the operating base from where General von Beseler coordinated the German siege of Antwerp. After Antwerp fell, the Belgian surrender was sealed here. A detailed war journal written by the Ursuline sisters paints a good picture of what life was like in the cloister.