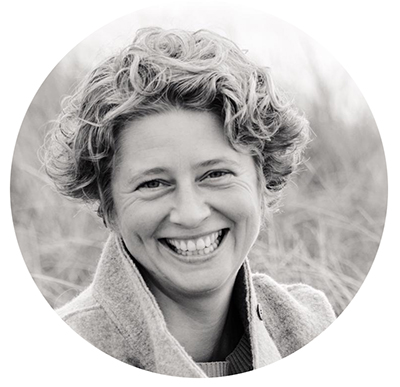 Ingrid will be our guide today. Her office is in Leuven, where she works as an independent psychologist. As a therapist, two of her most important goals are to help her patients get more in touch with themselves and to ground their ability to live in the here and now. For Ingrid personally, nature is the best place for her to unwind. ‘I simply can’t manage without my daily dose of fresh air!’

And there you have it: the tone has been set for our outing.
We join Ingrid as she journeys into the Holsbeek countryside.

What is it that makes this your favourite walk?

[Ingrid:] What I love most about this route is that you're truly stepping into unspoilt nature. There are times after a good rain when you have no other choice than to slog your way through the mud caked onto the many unpaved paths. I adore it!

What’s more, it will take you ages before you get tired of the landscape: there’s water to walk along, a nature reserve to be explored, and forests, fields and meadows to be crossed. There’s no end to the sights you'll see!

What’s nice about the nodes system is that we can always switch the route up a little based on what we feel like at the time. Depending on how your legs are holding up (or when the party ended the night before...), adding an extra stretch to the route (see extensions A and B) is always good fun.

You also won’t come across too many other people walking this route. If you need to clear your head and unwind, it doesn't get better than this. However, I’d really prefer not to advertise this route too much, it really should stay a hidden gem (Oops! Looks like I screwed that one up... :p ). 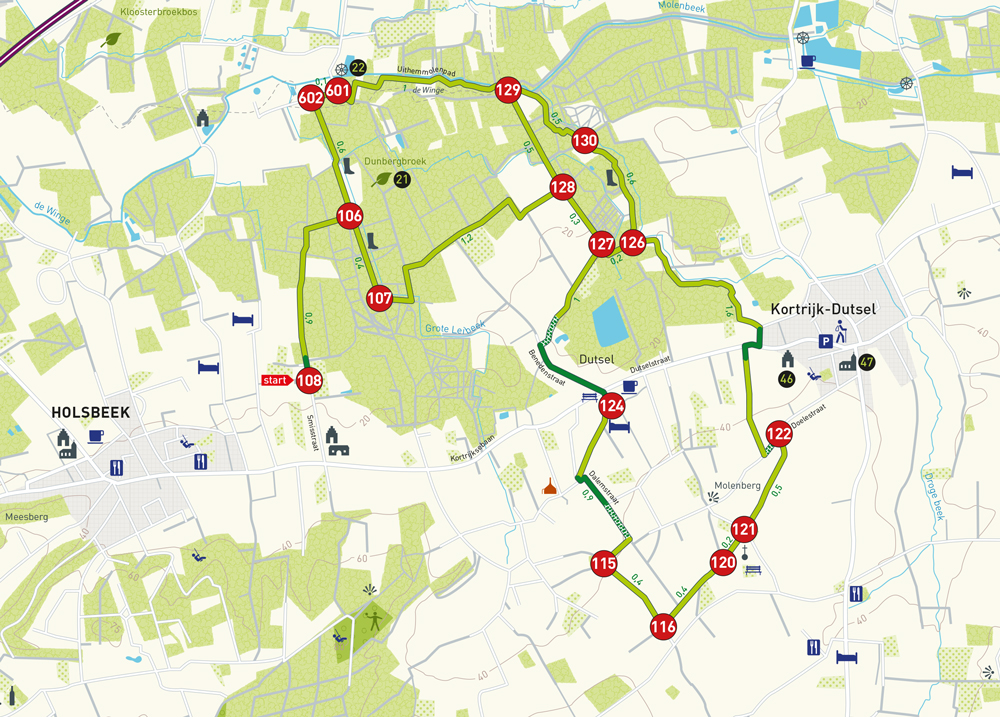 Could you briefly describe the walk for us?

[Ingrid:] Right from the start, you walk from node 108 straight through the forest, trekking deeper into the Winge Valley. Once you’re in the forest, it won’t be long before you feel your feet sinking into the soggy ground; sturdy walking shoes or boots are definitely a must here. At node 601, deviating from the path and making a left is well worth your while. Just 100 m down the way, and you'll see the restored Uitemmolen on your right. This water mill was part of the dominion of the Lords of Rotselaar until 1573.

Back on the walking route, we head in the direction of node 129. Here, the footpath meanders along the watercourse, which for me makes it the very loveliest part of the walk. From node 128 on, the landscape begins to shift, and you get a panoramic view of the nearby fields.

By following extension A, you can spend a little more time savouring the forest and the water.

By following extension B, you'll be treated to transcendent views highlighting the rural character of the region. 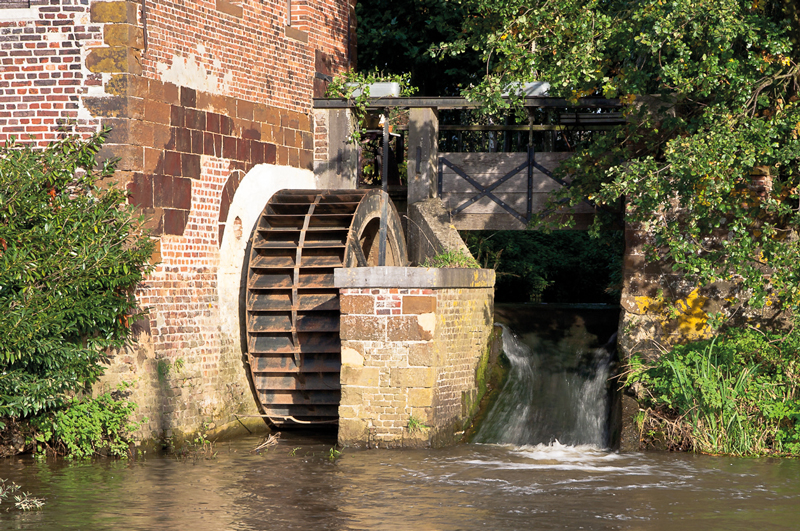 Are there any fun anecdotes or intriguing facts that you’d like to share in relation to this route?

[Ingrid:] I invited a friend to walk the route with me, and she enthusiastically suggested that we take her dog along. We'd had quite a lot of rain at the time, and the footpaths were incredibly muddy. We’d only just left when our little four-legged friend found himself stuck solidly in the mud. It wasn’t all that nice for her dog, but more than anything else, it was absolutely hilarious! We had to carry the poor baby for the rest of the walk.

There’s also a more 'serious' fact about the region that I'd like to share though: the valley in which this walk is situated borders a few of the steep slopes of what are known as the Ijzerzandsteenheuvels (Iron Sandstone Hills). These hills were formed millions of years ago when this region was still below sea level. Huge sandbanks formed on the seabed that were suddenly exposed after the water receded (over 5 million years ago). The oxidation of the iron in these prehistoric sandstone beaches resulted in these sturdy ironstone hills. There are some places in the Hageland where you can still find fossils of shells from this bygone age. That’s pretty awesome, right! In addition, this ironstone does a good job of retaining heat during the summer, making these slopes particularly well-suited to cultivating vineyards. 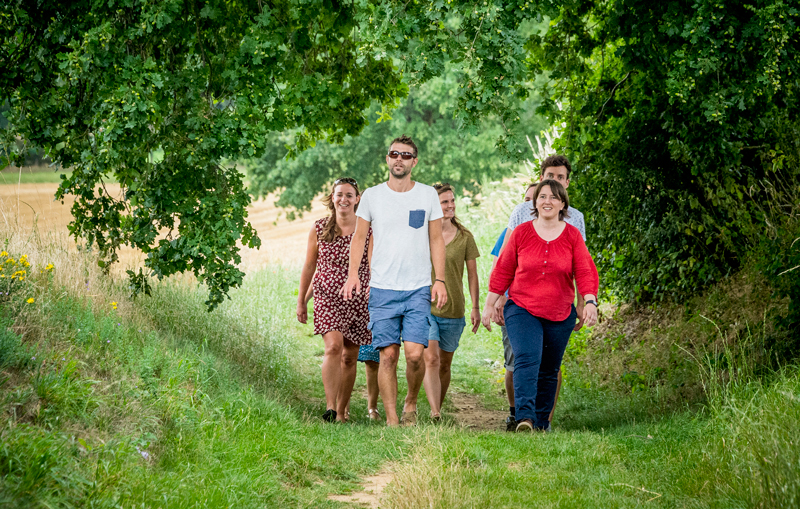 What's the best time of year to experience the walk at its finest?

[Ingrid:] While strange, it’s true — you won't find me all that often here during the summer. Plodding and wading through the mud, with the scattered leaves of autumn and early winter all around me, is more my thing. It’s more than once now that I've come home caked from head to toe in mud. The invariable result is that I make a beeline from the front door to the laundry basket.

If you want to know the absolute best time to take this route, then head out after a snow shower. Because there are so few people passing along this route, you can be the very first to leave your footprints behind in the fresh carpet of snow. I just can’t stifle how happy I feel every time I hear the snow crunch under my boots! 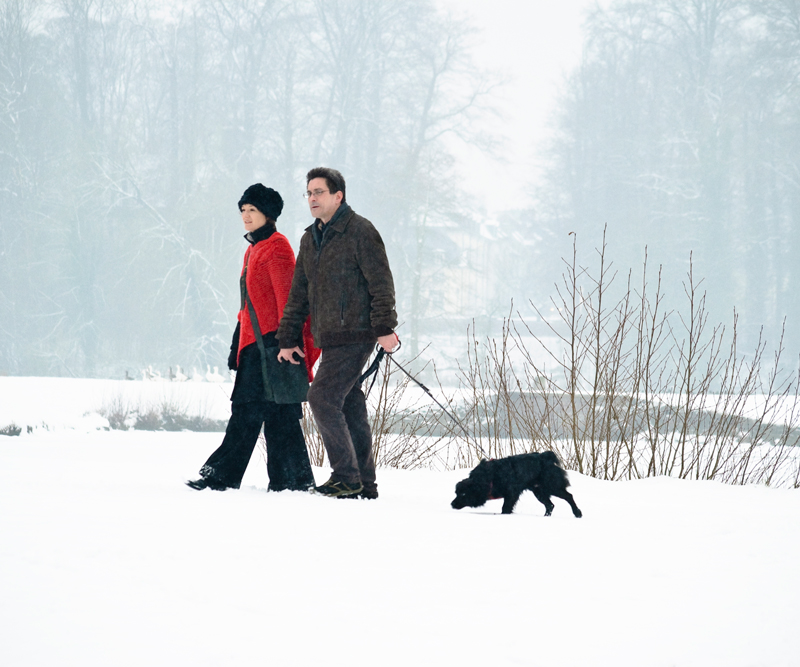 Inspired by Ingrid and ready to discover the walk?
Check the map here!